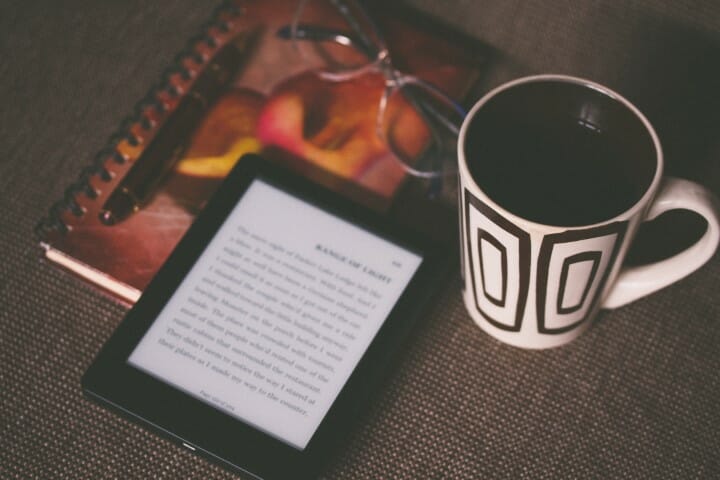 As a family, we spend far too much time on our digital devices. That said, not all those devices are bad. Let me explain.

I recently bought myself a Kindle Paperwhite. Until now, I have been downloading and reading books on a kindle fire tablet. The Fire has recently developed some sort of fault. It will only hold a full charge for about an hour, two if I reduce the screen brightness to its lowest setting. A device with a flat battery is not conducive to taking a deep dive into a book.

So, I have replaced one digital device with another. Not what I wanted but needs must. Next on the list is my smartphone. I am addicted to it. There are several features and apps that make my phone unavoidable. It has an excellent camera and secure messaging apps. I use it to provide an extra layer of security for many pieces of software that I use daily. But it is like carrying around a little time vampire in my pocket, and that will not do.

A few years ago, I was lucky enough to take part in a digital detox challenge. The Swiss electronics company Punkt was looking for people to test its new mobile phone. The Punky MP-01 was a small but sleek looking phone. It did two things, make, and receive calls and send and receive SMS messages. That’s it. Some refer to these types of devices as ‘dumb phones’.

I filled in the application form and sent it off. After several days I received an email informing me that I had been successful and would taking part.

The phone arrived via courier while I was on holiday with my family in Wales. The challenge was to refrain from using any digital devices for 48-hours. Simple enough, or so I thought. What became clear to me was how much we rely on things like smartphones and tablets. Usually, I would reach for my phone to check the weather, look for and address or what time a restaurant will be open.

At the end of the challenge I had a new respect for the so called ‘digital minimalists’ out there. My attitude towards personal tech had changed, but not enough to make me bin my smartphone in favour of an MP-01. What it did do was make me think long and hard about my digital footprint, and how I can reduce it in the future. I am working hard to minimise my use of social media. It is a struggle.

After several false starts, I am finally on the path to digital minimalism. I have stayed in touch with Punkt, and have pestered them to see if they will let me try out their new phone, the MP-02. After the start of 2020, I received a package from Switzerland, inside was the new phone.

Not much has changed. The phone now accepts 4G sim cards and allows the phone to act as a mobile hotspot. there are one or two other small tweaks to the operating system, such as secure messaging. The phone is small enough to fit in any pocket and has an exceptionally good battery. I have fired it up and played with it for a few days, but I’m not ready to move over to using it fulltime yet.

The last device on my list is the PC that I am using to write this missive. I recently upgraded the memory. Until last week, the computer was my Plex server – I have now moved Plex to the cloud.

Besides giving me access to the world-wide-web, I use my computer for media editing and writing. My PC is a vital part of my digital life, it is where I do my best work.

There are three elements to my digital life. A Kindle to read the thousands of books available at the touch of a button, a mobile phone, and my PC. As soon as I am out of contract with my smartphone, I will move to the not-so-dumb-phone.

Until next time, adieu.